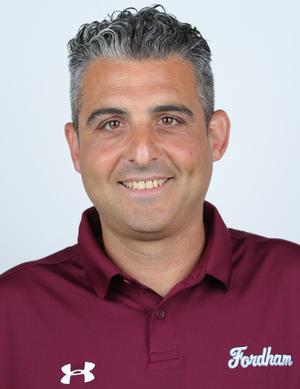 “We are thrilled to bring on Carlo Acquista to lead the men’s soccer program,” said Roach. “Carlo has extensive background in finding outstanding talent and bringing it to New York, whether it was for the Red Bulls, Adelphi, or St. Francis, and then develop that talent into winning programs. We hope he will continue that trend at Fordham and keep our program at the top of the Atlantic 10 Conference.”

“I am humbled and honored for this fantastic opportunity that has been presented to me here at Fordham University. My family and I could not be more thrilled to become part of the Rams family. I want to thank David Roach, Charlie Elwood, and the committee for their belief and trust I will continue with men’s soccer traditions,” said Acquista. “As a native New Yorker, I understand the history of Fordham University and the men’s soccer program. I am looking forward to continue instilling the core values of integrating academic and athletic experiences successfully in the Jesuit tradition. I will work diligently to recruit the talented student-athlete who will compete in the ultra-competitive Atlantic 10, as well as meeting and engaging our proud alumni, campus community, and fans.”

Acquista comes to Rose Hill after serving as a New York Red Bulls scout since February 2018, assisting in the construction of the MLS roster, and serving as lead scout and recruiter for the USL and PDL rosters. He observed and evaluated college and professional matches globally, providing detailed reports to the New York Red Bulls Sporting Director, Head Scout, and Head Coach.

Prior to his stint with the Red Bulls, Acquista spent 11 seasons as the head men’s soccer at Adelphi University, as well as serving as a Senior Assistant Athletic Director in the Adelphi athletics department.

Acquista posted a 120-69-19 record with the Panthers, good for a .623 winning percentage. He led the Panthers to four league championships in his tenure, which included two in the Atlantic Soccer Conference (2009 and 2010) and, more recently, two Northeast-10 Conference Championships (2016 and 2017), earning Northeast-10 and ECAC Coach of the Year honors in both of those seasons.

After making its first NCAA appearance in nine seasons in 2015, Adelphi went 19-1-2 in 2016, winning the NCAA Division II East Region and advancing to the NCAA Championship quarterfinals, setting school records for wins and shutouts (13) and finishing the year ranked fifth in the United Soccer Coaches national poll. Acquista was named the 2016 United Soccer Coaches East Region Coach of the Year at the end of the year, as Adelphi finished with a #5 national ranking.

In Acquista’s first six years at the helm, he oversaw the final Division I seasons for the team in the Atlantic Soccer Conference (ASC) and as an independent. In that time, the squad claimed two ASC Tournament titles (2009 and 2010) while reaching the playoffs all five years. Acquista was honored as the ASC Coach of the Year three times, in 2008, 2009 and 2011.

In his Adelphi career, Acquista coached over four dozen All-Conference players across Division I and Division II, two dozen All-Region honorees and nearly a dozen All-Americans across the NSCAA, United Soccer Coaches’ Association and Division II Conference Commissioner’s Association (D2CCA) ranks. He also developed half a dozen players that reached the professional ranks over the USL, NASL, MLS, and Europe.

Acquista arrived at Adelphi from St. Francis College (NY), where he held the position of head coach for five seasons and was one of the youngest Division I coaches in the country (23-years-old), when he was hired in 2002.

In addition to his college coaching, Acquista has been a part of One Goal Sport, serving as owner and director of soccer and coaching education. He has been a U.S. Soccer Coaching Education instructor, a Region I ODP coach and player evaluator, and holds a USSF “A” Coaching License.

A graduate of St. John’s University in 2000, Acquista was a four-year member of the Red Storm men’s soccer team, which reached the NCAA tournament in each of his four seasons. He helped St. John’s capture an NCAA Division I national title in 1996 and also had a hand in two Big East Championship teams. He has a degree in sports management from St. John’s and later graduated from Adelphi University with a master’s degree in sports management.

Acquista and his wife, Lauren, reside in Westbury, NY, and have twin boys, Lucas and Christian. 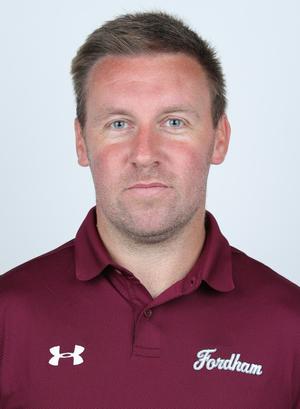 Joining the Fordham men’s soccer staff in 2018 is assistant coach Philip Bannister. Bannister is very familiar with Acquista having been on his coaching staff at Adelphi University. Bannister spent two seasons with the Panthers and was a part of the 2017 East Region Coaching Staff of the Year after Adelphi won the Northeast-10 regular season championship and finished with a #14 national ranking. In 2018, the Panthers once again claimed the NE-10 regular season championship, while also winning the tournament championship.

Following a standout collegiate career at Loyola (Md.), the Wallsend, England native was drafted by the Colorado Rapids in the 2011 MLS Supplemental Draft. Bannister went on to play for the DC United U-23 team before returning home to England to play semi-professionally for Blyth Spartans AFC.

A four-time All-MAAC selection, Bannister was a two-time first team choice and a two-time second team honoree. As a freshman, the forward earned MAAC Rookie of the Year honors and led all Division I freshmen in scoring after totaling 13 goals and seven assists. Bannister finished his career ranked eighth in program-history in goals (40), a mark that included 13 game-winners, tied for first in assists (29) and sixth in points (109).

A Lowe’s Senior CLASS Award Finalist as a senior, Bannister was a two-time ESPN The Magazine/CoSIDA Academic All-America selection. Bannister, who owns FA Level 1 and FA Level 2 coaching badges, graduated from Loyola in 2011 with a degree in marketing and earned an MBA in finance from St. John’s. 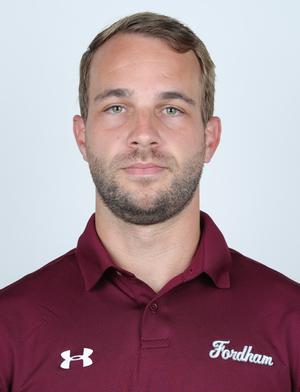 Collver began his coaching career at his alma mater, the University at Albany, where he assisted the Great Danes from 2012-14.  A native of Whitesboro, New York, Collver graduated from Albany in 2014 with a degree in Sociology and is working on his MSA in Sports Administration.

Aside from his college coaching, Collver has served as a trainer and scout for the NY Red Bulls Academy, assisting with its clinics and camps since 2014, while also being the Director of Coaching and Technical Director at the Pompton Lakes Riverdale Soccer Association in New Jersey since 2017. 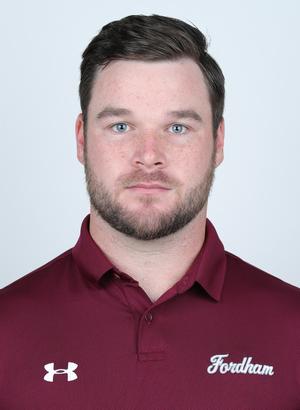 Joining the Rams’ staff in 2022 is a familiar face in Matt Sloan.

“I’m very excited for Matt to transition from player to volunteer assistant coach this year,” said head coach Carlo Acquista.  “Matt has always been knowledgeable, passionate and driven as a player, and those tools will assist him in becoming a leader amongst the team.”

Sloan played two seasons at Fordham, serving as a team captain in each of those years.  In his first season, he helped the Rams win the 2020-21 Atlantic 10 Championship and was selected as the Most Outstanding Player at the Championship.  He earned First Team All-Southeast Region honors from United Soccer Coaches for the 2020-21 season and followed that by receiving Second Team All-Atlantic 10 honors in the fall of 2021.  A two-year member of the Atlantic 10 Commissioner’s Honor Roll, he is currently finishing his Master’s Degree at Fordham in Humanitarian Studies.

Prior to Fordham, Sloan played in 46 games over three seasons at American University, where he was a three-time Patriot League Academic Honor Roll and Dean’s List member.

Joining the Fordham men’s soccer staff in 2022 is Fabio Reato, who will serve as volunteer director men’s soccer operations.

“Fabio’s international playing experience, passion for development, and player performance make him a unique find. We are excited and privileged to have Fabio join our staff,” said head coach Carlo Acquista.

Reato is a former professional soccer player in Italy, playing for AC Pavia and FC Forli over a four-year career, which was cut short due to injury.

A 2022 graduate from Columbia University with a degree in Financial Economics, he has been a private soccer coach for two years and most recently interned for AXIS Capital after being a business analyst for One Factory SRL in Milan, Italy.

Camp & Clinics are open to any and all entrants (only limited by number, age, grade and/or gender)